The concise definition of the term “selah” has eluded us to this day. However, being placed intermittently throughout the book of Psalms, it has been faithfully kept in print as a transliteration of the original Hebrew word.

Based on word-root origins and other similar verbs there is a general consensus that Selah indicates a pause of some sort. “Selah” in the Psalms, primordially a collection of musical lyrics to be sung, could rightfully indicate a musical rest. Perhaps an instrumental section, or a moment for the choir to breathe.

If you are a vocalist, you might recognize the “breathe” symbol on your sheet music as that ‘ apostrophe, our modern “selah”. You could also speak on how important it is to the execution of a piece of music to breathe properly, or at the right time.

O How vital it is that the Christian learn to Selah

Deeper etymological insights show a possible relation to the verb meaning “to praise/lift up”  as well as “value” or “weigh in the balances.” King David (author of most of the Psalms) was an active prophet through his lyrics as well as a worship leader.

I’ve learned that each letter in the Holy Scripture is exact, significant and intentional. By interpretation, the ‘Selah’ is a directive, not only to the choir but, the congregation as well. 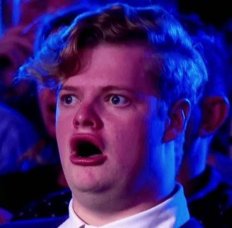 Me remembering my past and realizing God spotted me mad times.

A pause to worship and praise the Lord; to breathe in the sweet scent of his perpetual goodness and meditate on His words

Physically breathing is largely shouldered by the diaphragm muscle. In order to intake oxygen, the diaphragm constricts or flexes that the lungs may expand. This is called inspiration. The rhythmic followup or exhalation or expiration can only be done when the diaphragm relaxes.

In this fashion, it is our spiritual respiration to face ourselves towards God in constriction, and relax or rest or selah in His revelation and provision. Resting in the full confidence of His promises while seeking His oxygen through prayer, bible study and meditation.

It’s only when the oxygen is used up that it comes out in expiration (as carbon dioxide or something you don’t need). And luckily for us, we are fearfully made so our bodies handle that for us, but our cognizance or consciousness is different. We manually operate that function.

It is possible to regurgitate a Word that we didn’t fully intake, seeking the next word and wondering why we can’t breathe or find inspiration when we haven’t used up the oxygen from the last cycle. We are unfortunately silly like that and not as obedient as nature. I pray that you recognize this if it’s a pattern of yours. I know I have sought the Lord just so the Holy Spirit can dust off an old assignment for me.

I don’t have to tell you breathing is important right? How ’bout we quit holding our breath on God then.

There’s a common misconception about the splitting of the red sea.

21 And Moses stretched out his hand over the sea; and the Lord caused the sea to go back by a strong east wind all that night, and made the sea dry land, and the waters were divided.

I think some of us have been misled to believe that Moses split the waters in one cinematic instance but we clearly read that was not the case. In the verse prior to, the Lord presented a dark cloud betwixt the Egyptian camp and the Israelite camp so that the aggressors were unable to traverse the chasm all night.

While it was dark out there, the Lord was a darkness to Egypt, but a Light to His people.

Moses reassured the camp in the fidelity of God and the camp of Israel effectively exhaled (relaxed). God, in turn, inhaled and exhaled a saving wind. This is very much like a dialogue, or a relationship. Won’t you seek God’s response?

The camp inspired and received the new revelation of God: The God that parts the waters.

But don’t be fooled, it took a whole night.

God used His faithful servants in Moses and the wind (nature) to facilitate the spiritual inspiration much like our pastors do today. More importantly, exactly the way you can too for someone near you. Someone with the enemy at their back and deep waters before them. Declare the Way for somebody, intercede for them and tell them the waters will part.